To visit our website, you must be of an age at which the purchase and consumption of alcohol is permitted according to the legislation in your country of residence. If there are no laws on this matter then you must be at least 18 years old. 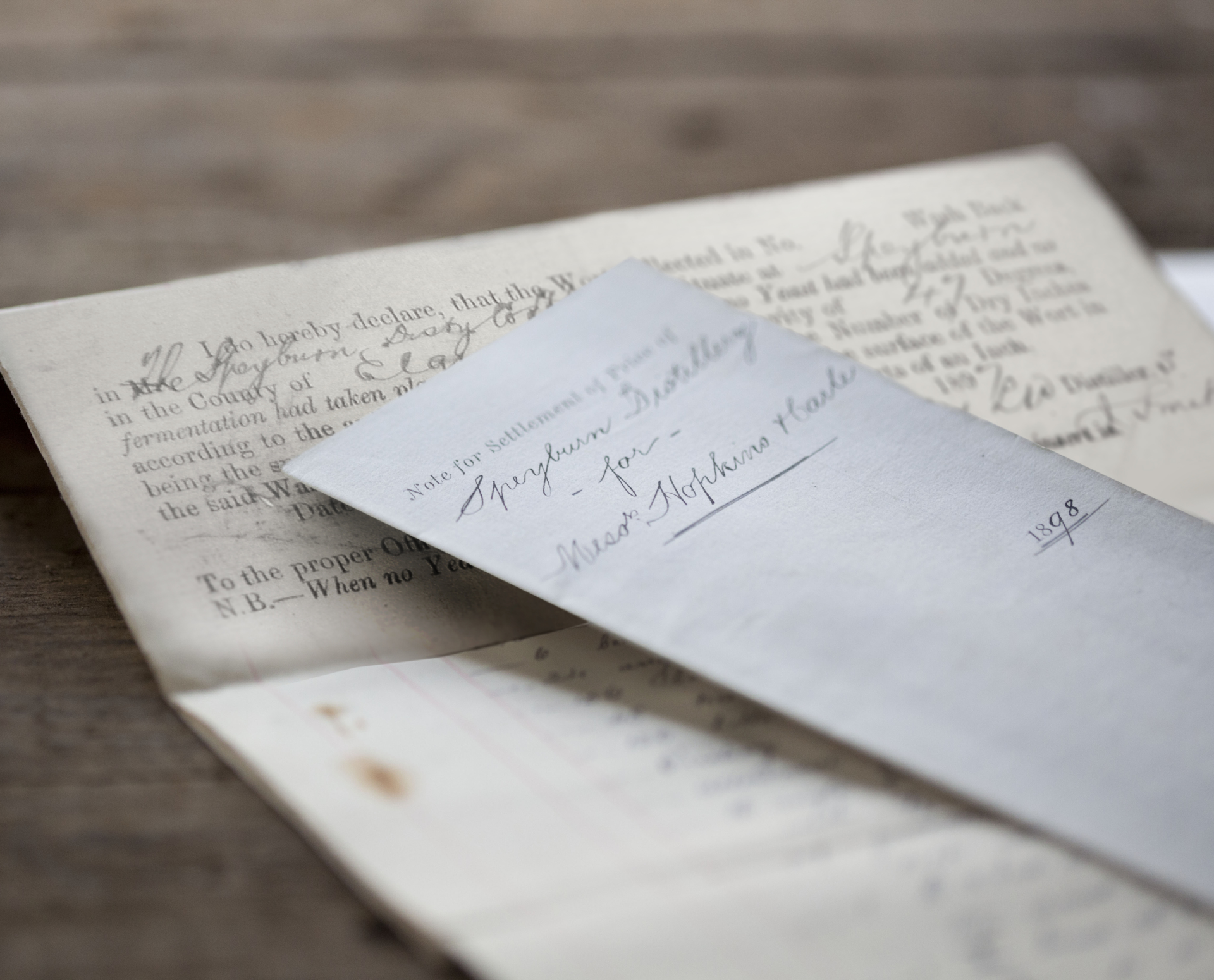 Already a successful whisky merchant, John Hopkins was determined to build his own distillery and produce the finest golden scotch. 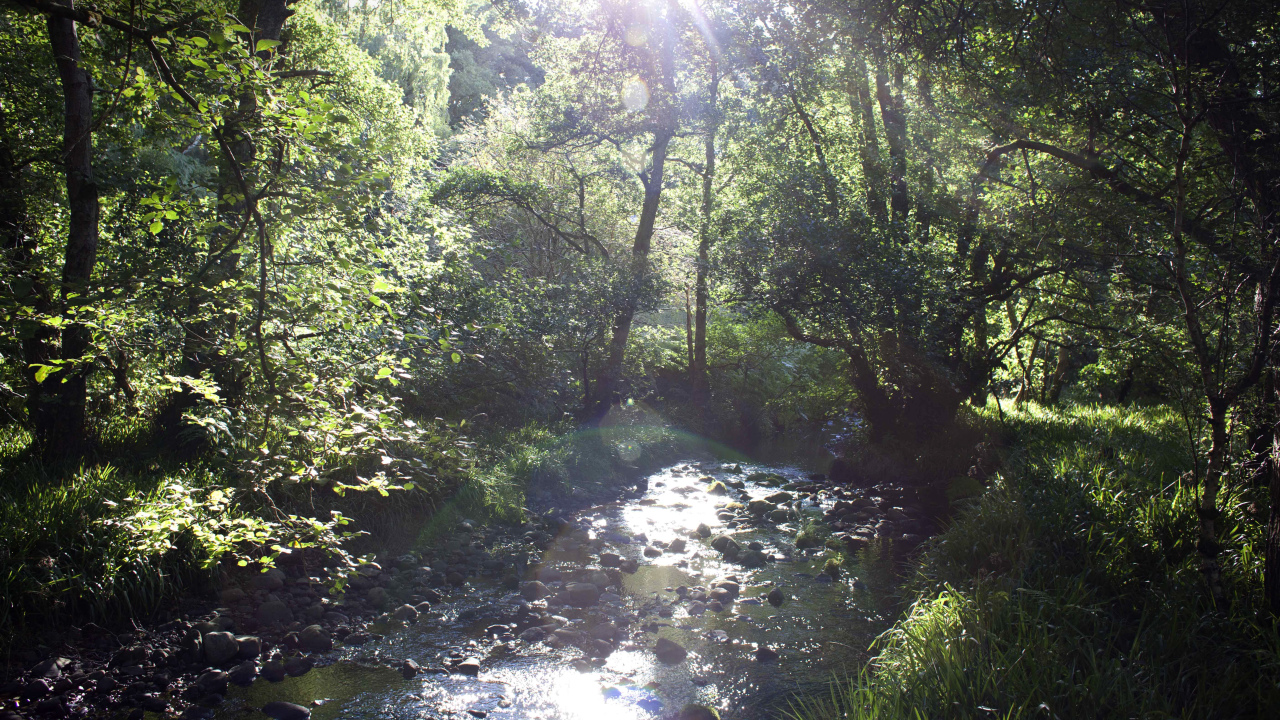 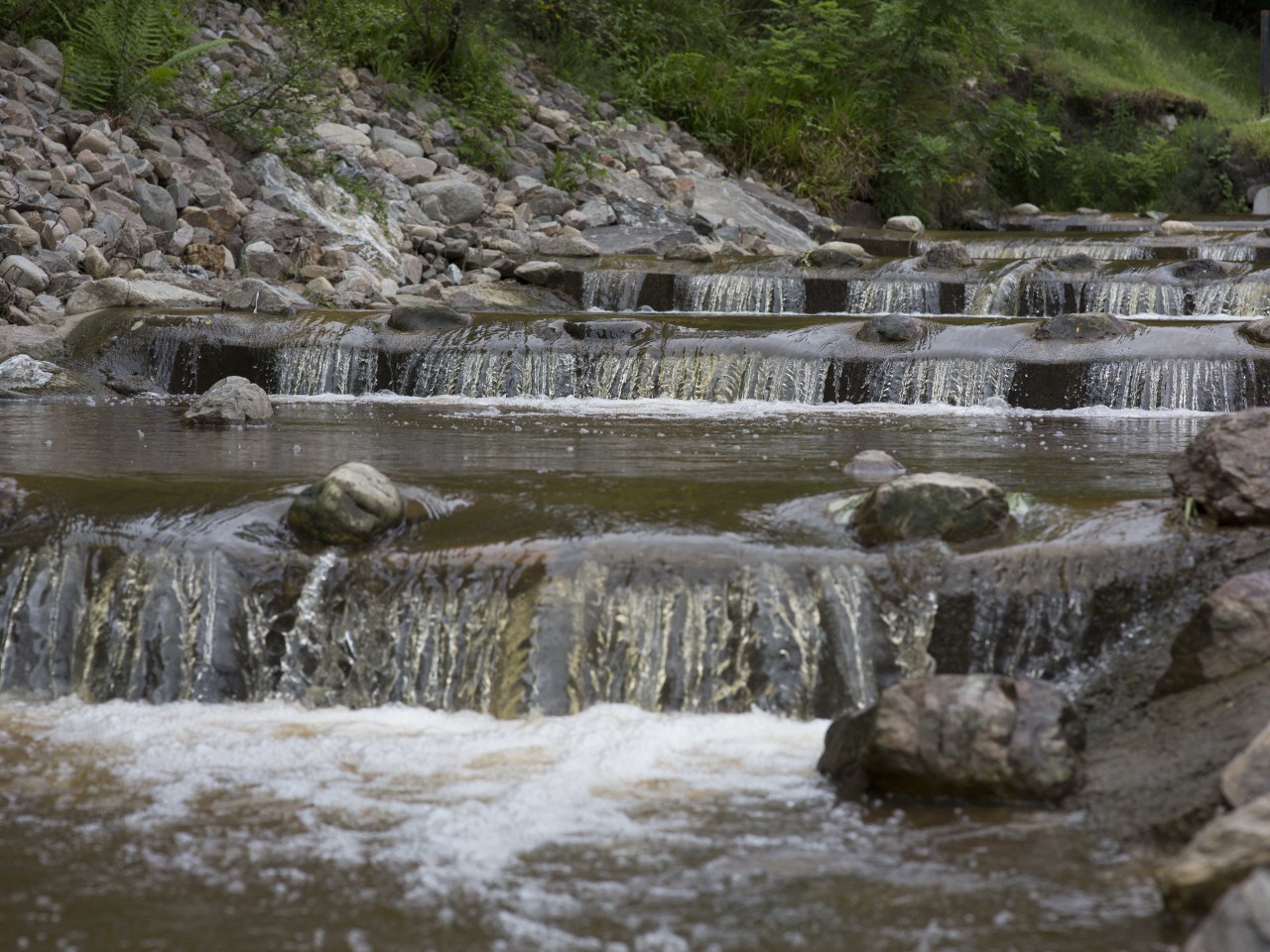 For generations, the Speyside region of Scotland has been known to contain some of the cleanest and most mineral rich waters in the world. This is what drew Hopkins to the area in search of the perfect place to found a distillery. After a long time hunting for the right spot, Hopkins finally discovered a secluded valley near a freshwater tributary of the River Spey. It was there he found the Granty Burn, an untouched hidden stream. He knew that the burn's exceptionally pure water would produce a remarkable whisky with a naturally refreshing character. It is here that he broke ground and founded the Speyburn Distillery, beginning his legacy. 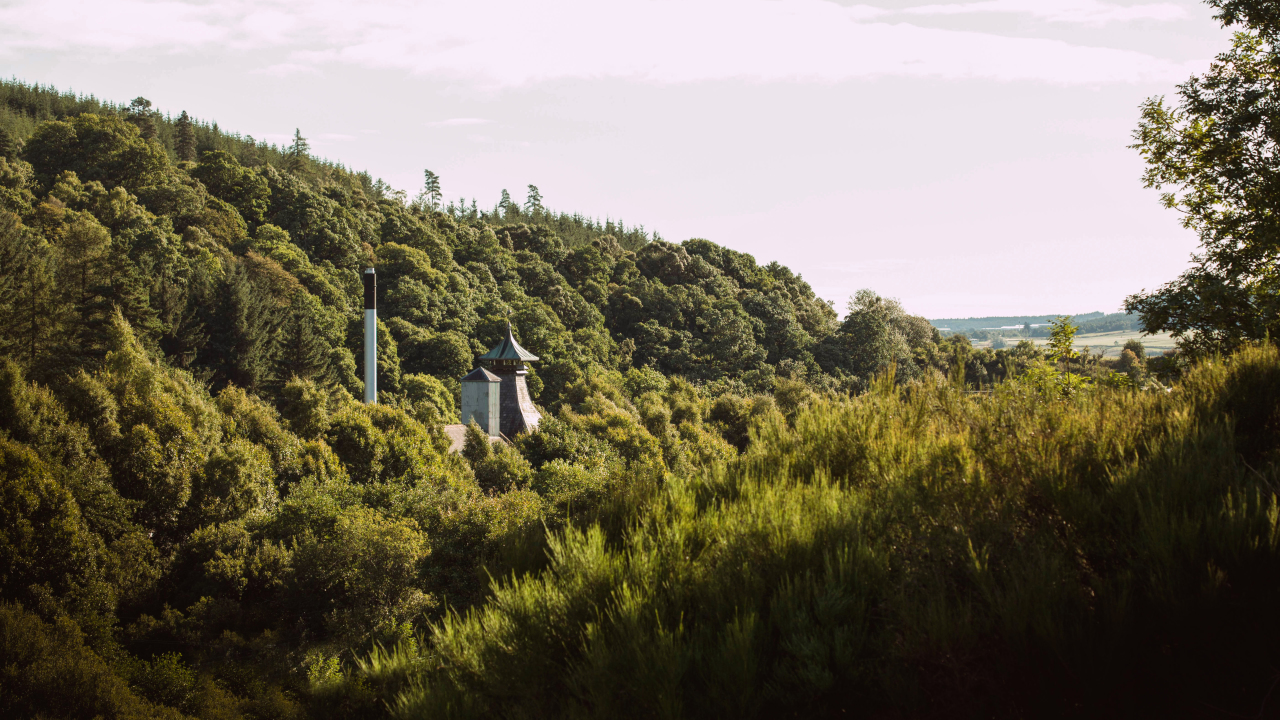 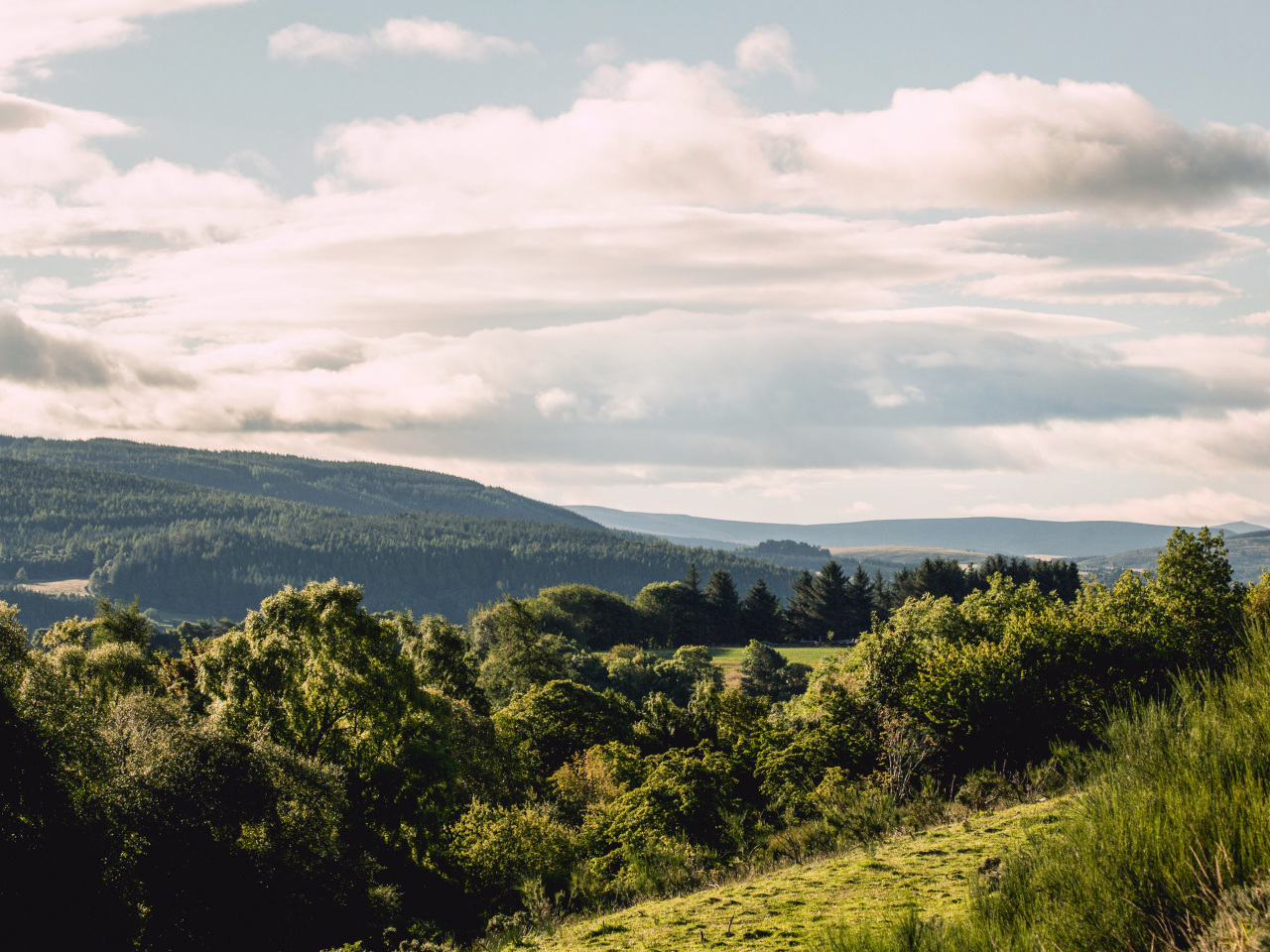 BUILDING IN THE VALLEY CAME WITH ITS OWN CHALLENGES

One of the many challenges John Hopkins and his team had to overcome in establishing the distillery close to the pure water source was in the physical placement of the building. Rather than force the distillery onto the natural landscape Hopkins invited world-renowned architect Charles C. Doig to integrate the distillery more sympathetically into the surroundings. This meant designing an entirely new style of distillery and building over 3 levels to fit into the steep valley’s topography. Doig’s ingenious solution to the limited space includes the now iconic pagoda ventilator which allows for a constant current of air to flow over the grains 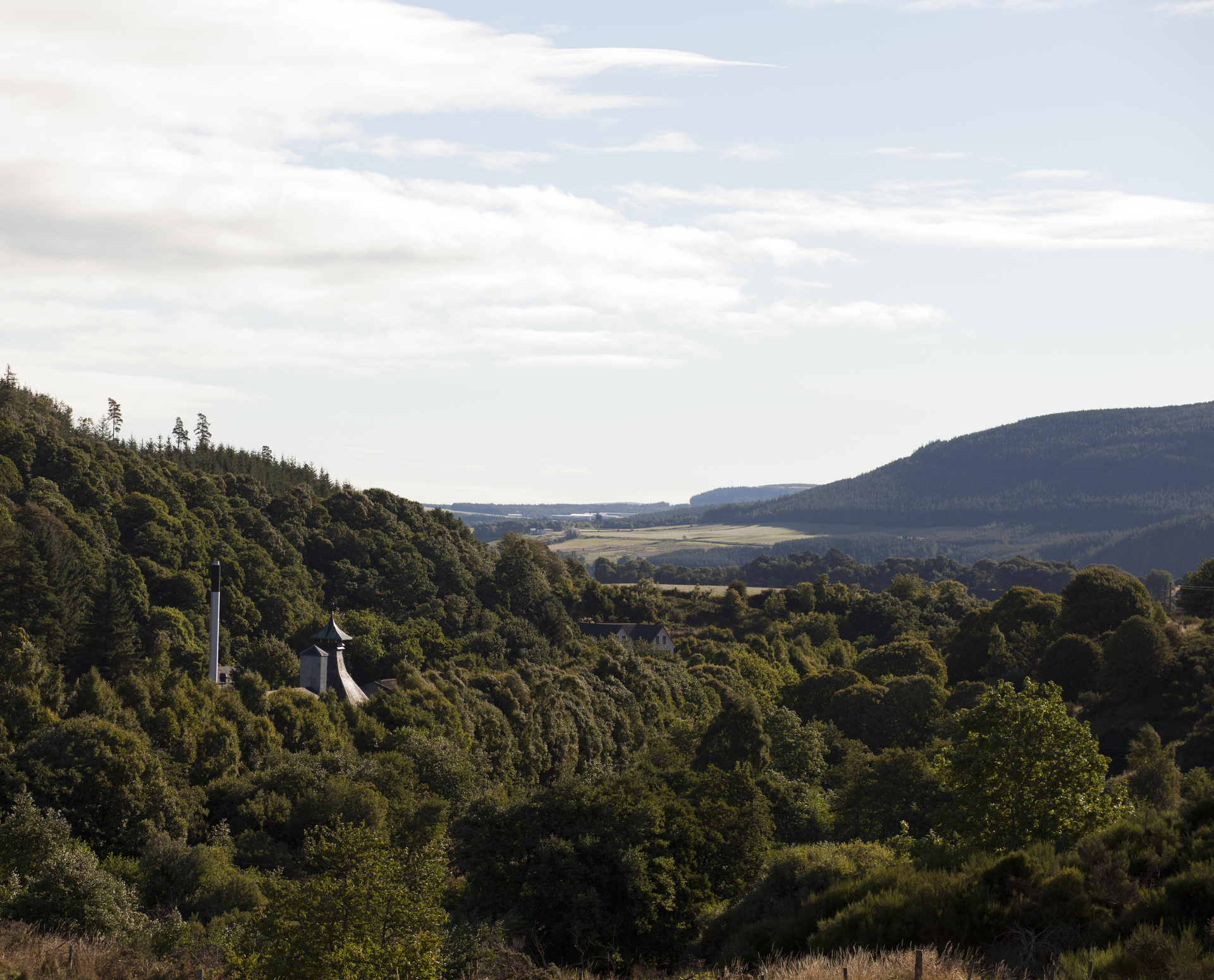 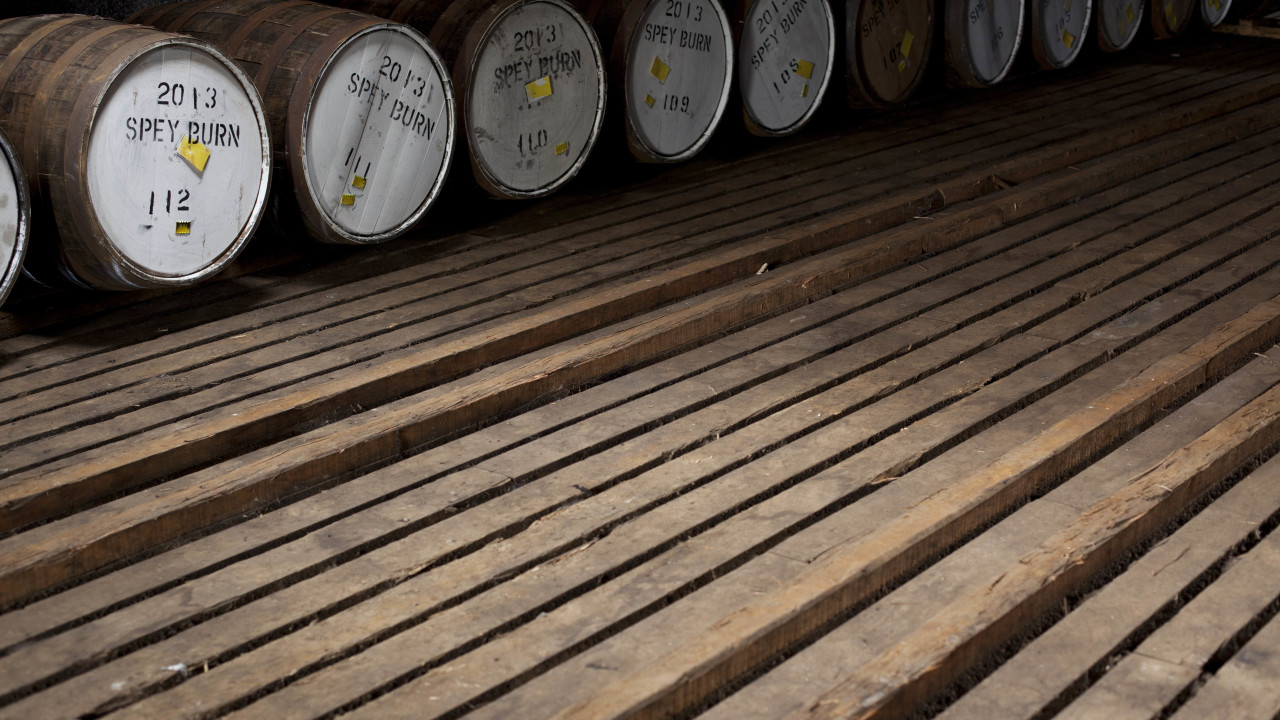 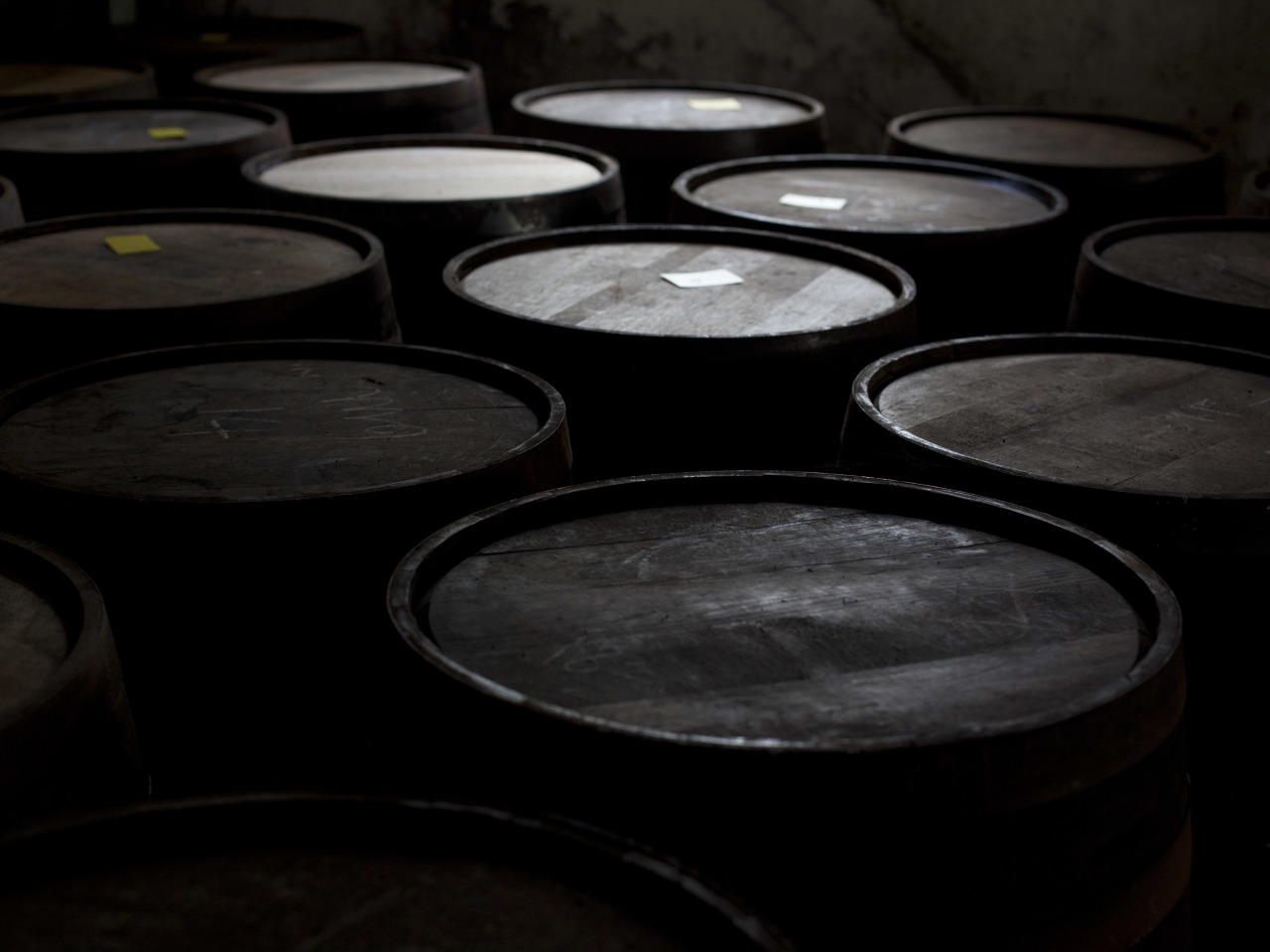 AS IT TURNED OUT HOPKINS WAS A MAN OF HIS WORD

Even before the distillery was complete and still without doors and windows, Hopkins was keen to produce the first golden batch of spirit to recognise Queen Victoria’s Diamond Jubilee. Hopkins and his team worked tirelessly, overcoming many challenges, including Arctic storms, until in the last days of December 1897 the first barrel of Speyburn Single Malt Scotch Whisky left the distillery bonded with that special date. 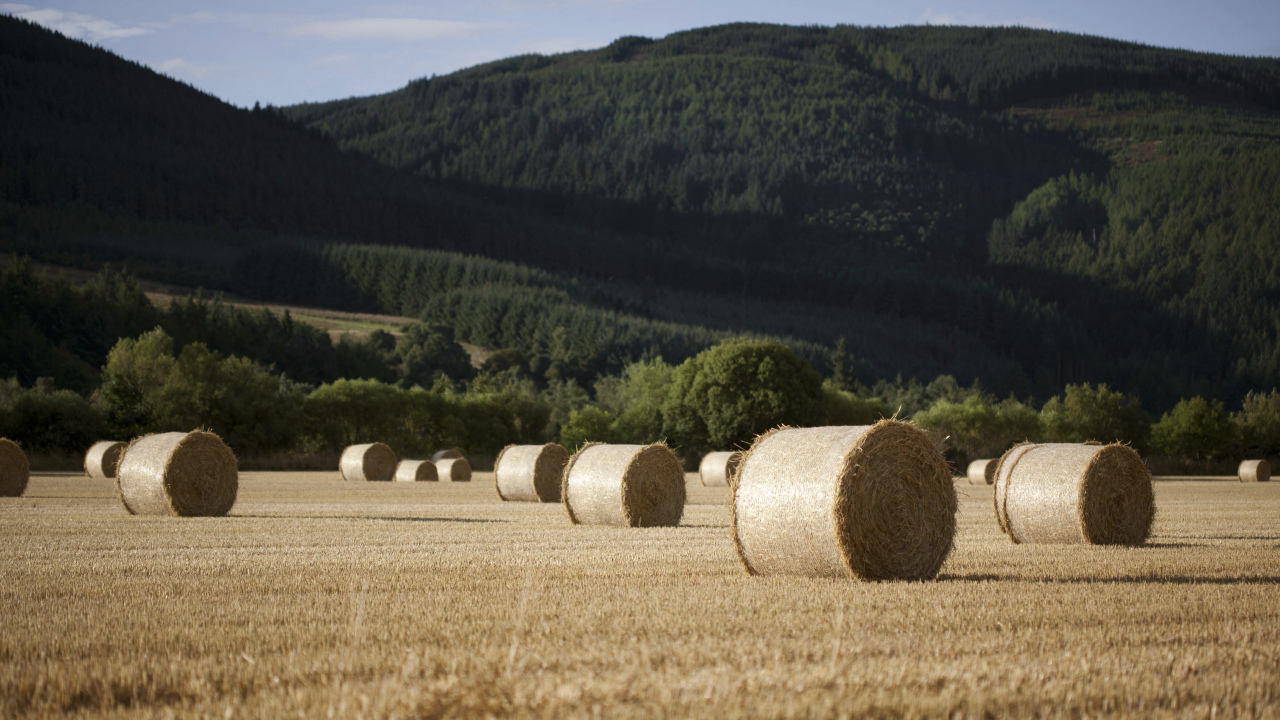 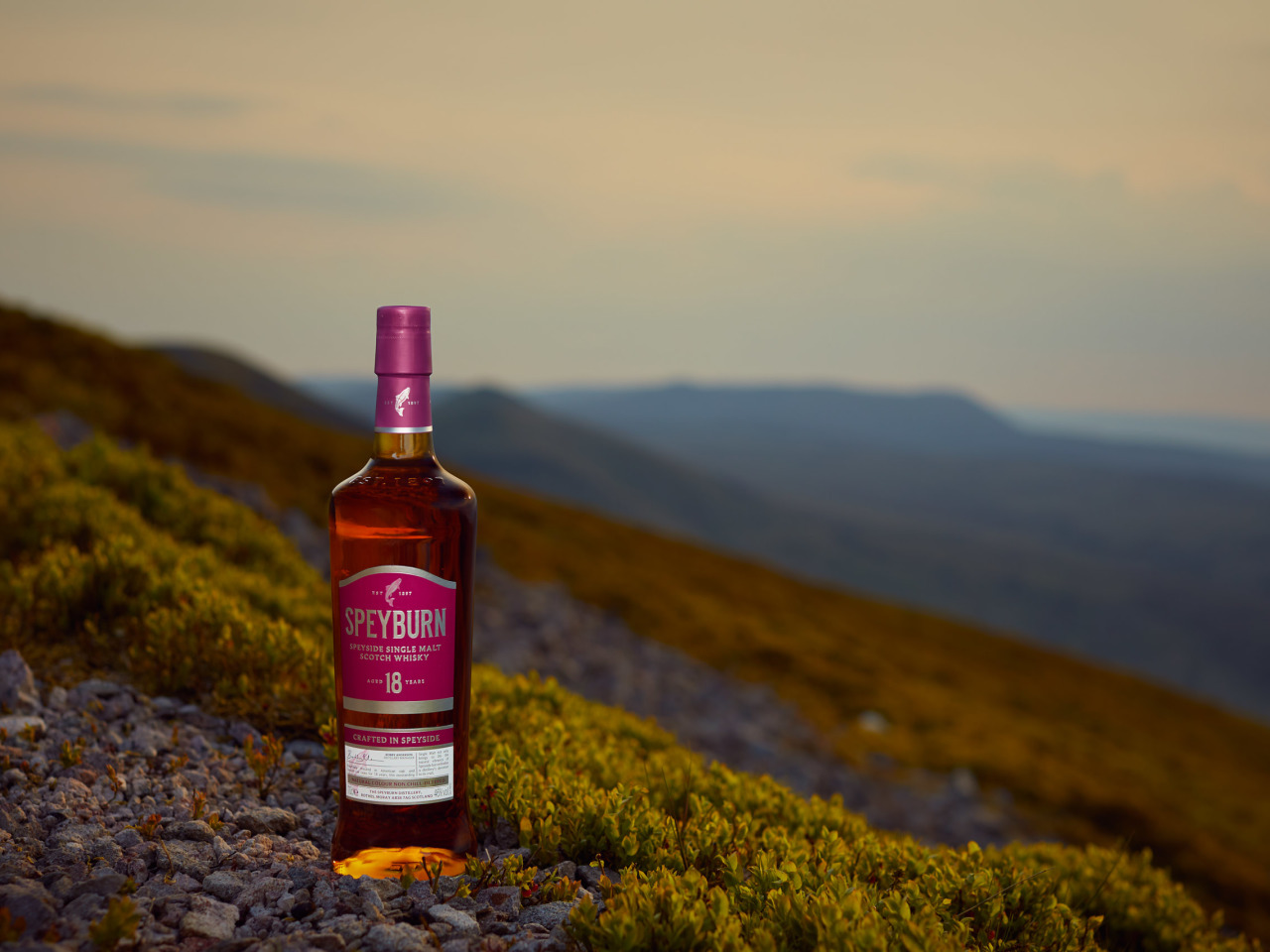 125 years since distilling our first drop, Speyburn is now more than a whisky. Bold, bright and full of character, our Speyside single malts are as inspiring to newcomers as they are to seasoned whisky enthusiasts, allowing everyone, everywhere to enjoy the beautiful simplicity of Speyside. Today we are proud to symbolise all that is special about this great region. To celebrate Speyside, we currently offer a range of expressions. Whichever Speyburn offering is selected, you can expect to enjoy the classic taste of Speyside in every dram. After all, Speyburn is Speyside.

1897 saw Queen Victoria celebrating the 60th year of her reign and John Hopkins, never one to let a good celebration go to waste, set himself a big challenge. He said he would build a distillery and craft a whisky in time to toast the Queen’s Diamond Jubilee. No one believed it was possible, but that didn’t matter to John Hopkins - his instincts told him otherwise.

Production began on 1st November 1897 however after a few false starts; it wasn’t until Christmas Day that the team were successful in distilling their first drop. Then on the last night of the year, the men battled through the ice and snow to ensure the cask was placed in the dunnage warehouse, just in time to toast the Queen’s Diamond Jubilee.

By 1916, Speyburn had become an undeniable success. But Hopkins was never one to stay put. Knowing that it was time for the spirit to take the next step in its journey to greatness, he sold the distillery to The Distillers Company Limited.

Troubling times force us to make decisions, and to reveal our true selves. That’s why, 1939 saw the Speyburn Distillery shut down. No matter what the cost, it had to play its part in the war effort. For the duration of the war, the distillery was to be home to the Scottish Artillery Regiments.

It was not long after the war ended in 1947 that the distillery went back into action. It was time for new beginnings, new paths to carve out and a new legacy to build. But for all that had changed, the one thing that remained was the spirit of Speyburn, the belief that greatness comes from following your instincts.

The year 1950 saw a revolution at the distillery, with tyre tracks replacing hoof marks. Even though it was tradition, the distillers knew that it was time to move from horse and cart to tractor. As a result, the distillery was able to transport coal, barley and casks more efficiently than ever before.

Another bold decision was made in 1962, when the classic coal-fired stills were replaced with a system using indirect steam heating. It meant venturing into new territory and taking a step onto a new path. Of course, it also meant being rewarded with an even better spirit. Trusting their instincts had once more paid off for the distillery.

Even the best of things come to an end. 1967 saw Speyburn retire the legendarily innovative drum malting that had become a symbol of the spirit. While the past was something to be celebrated, what lay ahead was more exciting.

In 1992, Inver House Distillers and Speyburn Distillery joined forces and have been carving out their path together ever since.

The incredible amount of interest from consumers was the only proof Speyburn needed to know that they had chosen the right path. And to further share Speyburn with the world, the distillery began expansion work in 2014 to double production capacity. 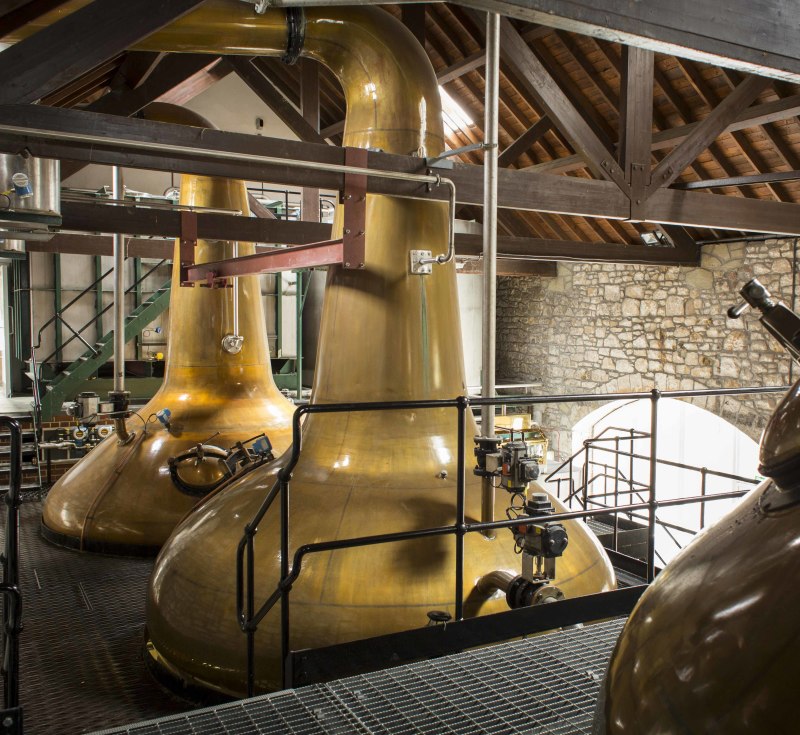 More than just a whisky, from the very first drop, Speyburn scotch has embodied the commitment and bold ideas of its makers.